This week I had fun being interviewed by India’s Crown in Christian Literature Excellence-ICICLE.  I invite you to slip 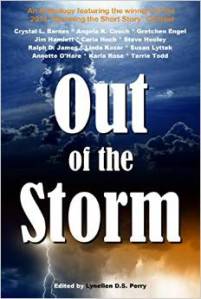 over to there and take a look. There are three ways to qualify for a free copy of

Out of the Storm!

ICICLE’s First Anthology! OUT OF THE STORM.

He jumped in, sending up a spray of mud and water as his boots sank into the shallow stream. Pistol ready, he pulled up one side of the waterlogged structure. There was a feminine gasp.

“Anything?” An officer called from the edge of the grove.

For a moment, Pavel couldn’t pull his gaze from the two pools of terror shadowed by long lashes. The girl, almost a woman, was undoubtedly the priest’s daughter. They had been told there was one, but though his duty was clear, how could he bring himself to do it?

2 thoughts on “ICICLE’s First Anthology! OUT OF THE STORM”