My husband follows “Classic Pics” on twitter and often shows me the most epic. A while ago he passed me his phone with this image: 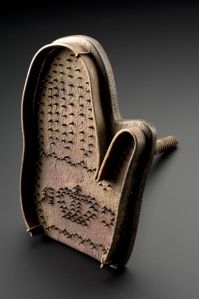 Considering that it is a hand brand used by the British during the 1600s … slightly cringe worthy. The British used branding for punishment and marking of criminals and deserters from the army until 1827 when it was outlawed. Almost. Army deserters were still branded until 1879. (Click here for more.)

That is, of course interesting enough, but what if …?

A secret mission for the British army gone wrong. A General bent on revenge after a twenty-six year feud. Punishment meted without allowing pause for defense. A young man’s life spiraling out of control because of the curse of his hand and the vengeance seared into his heart.

Spice with some romance and mysteries.